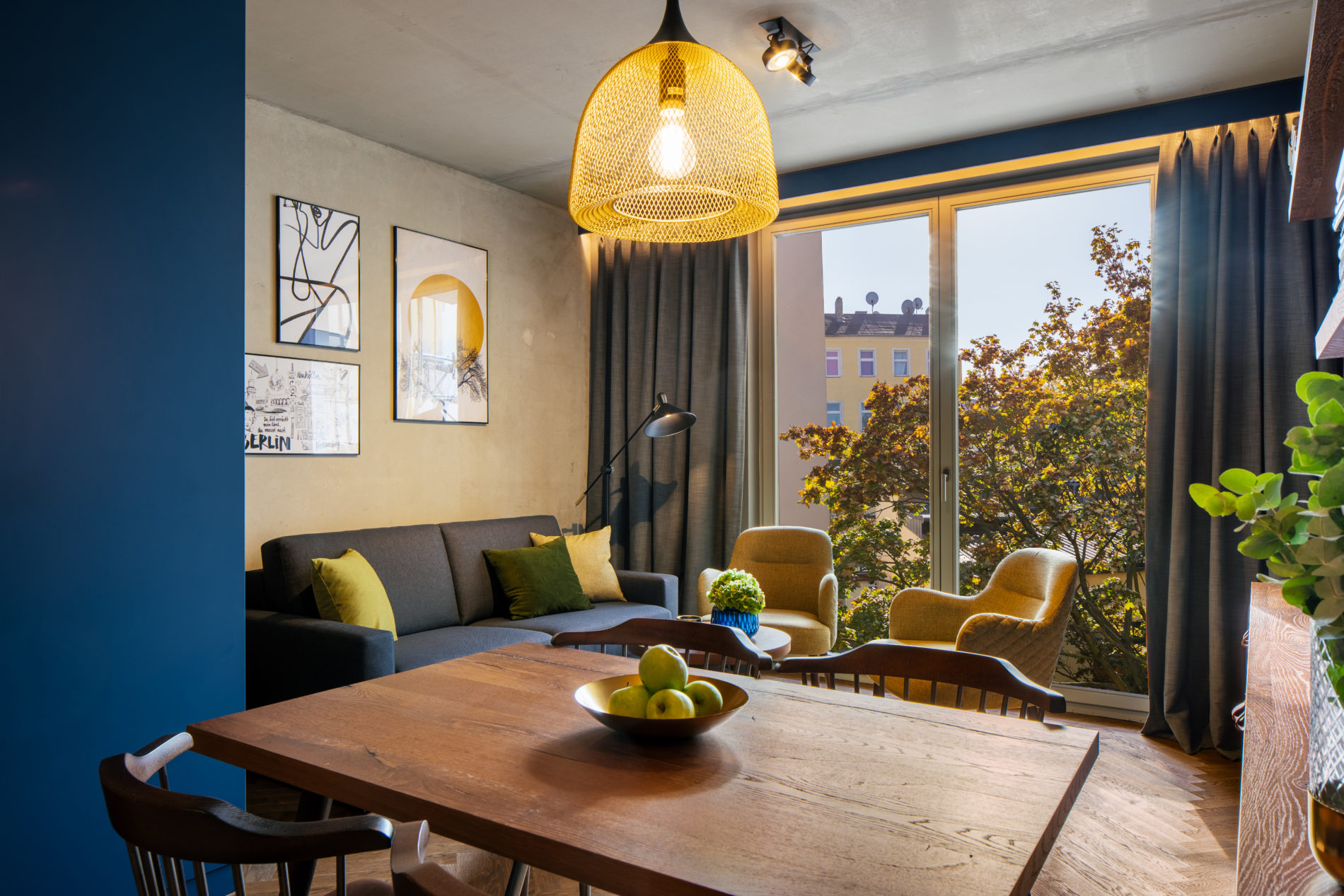 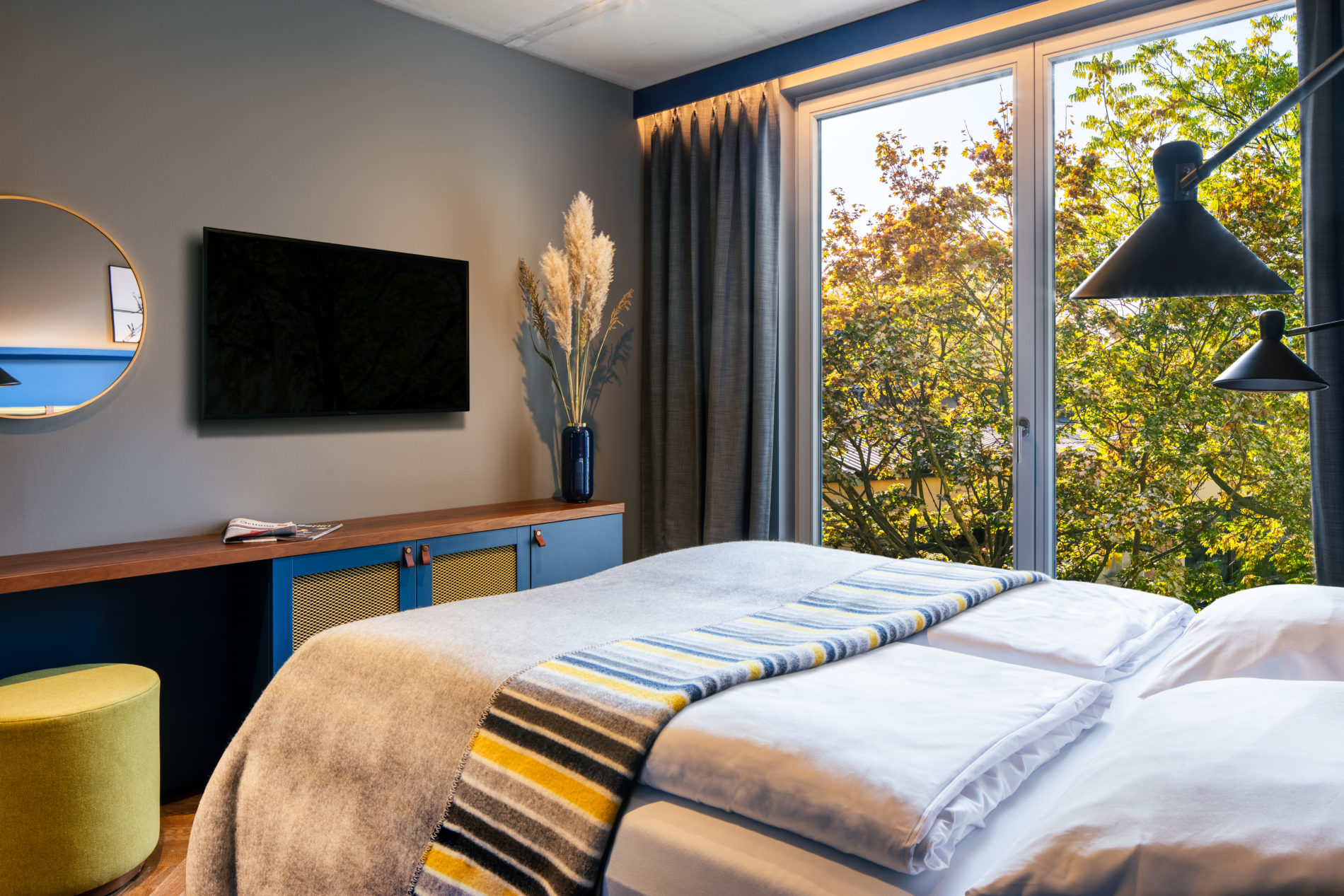 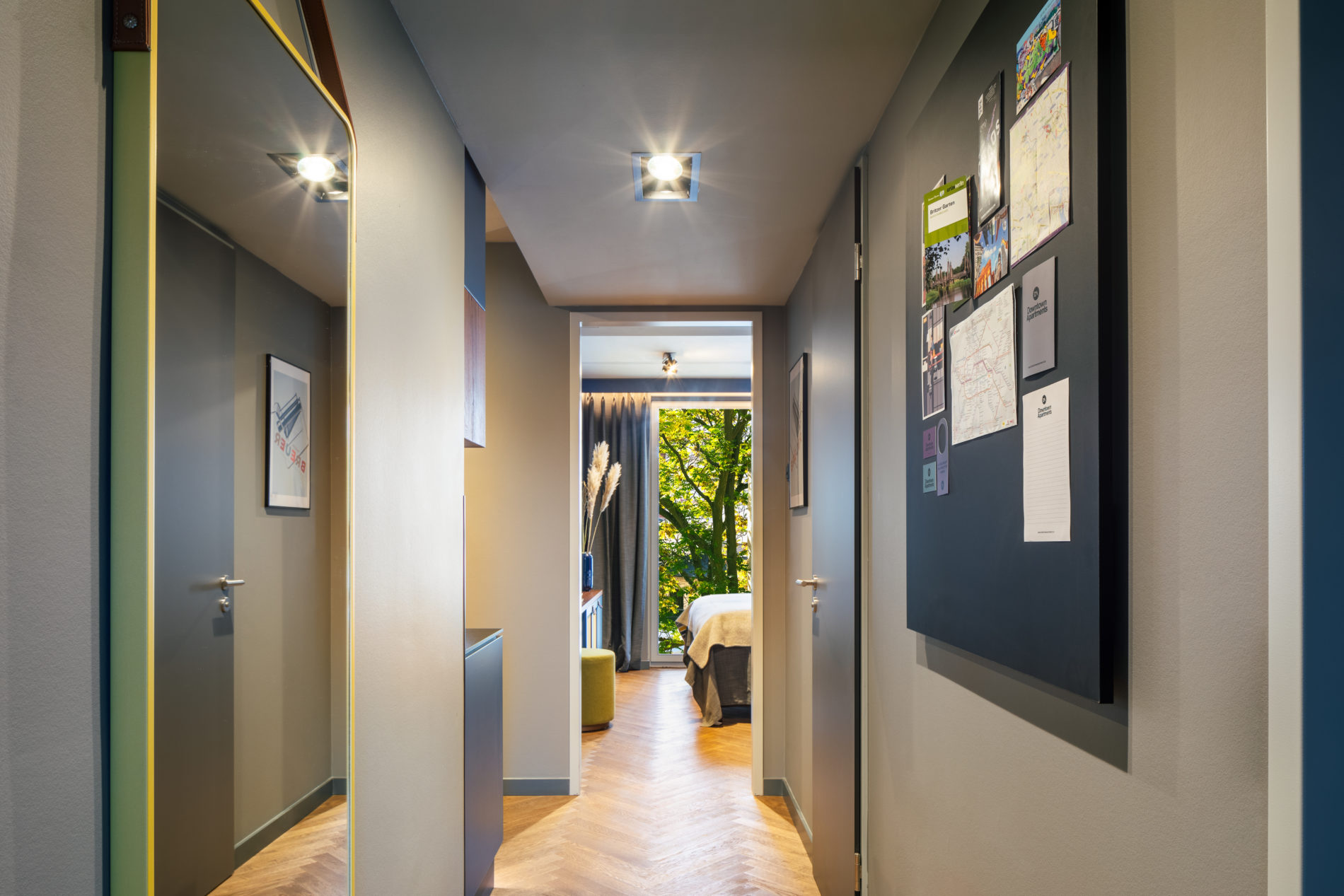 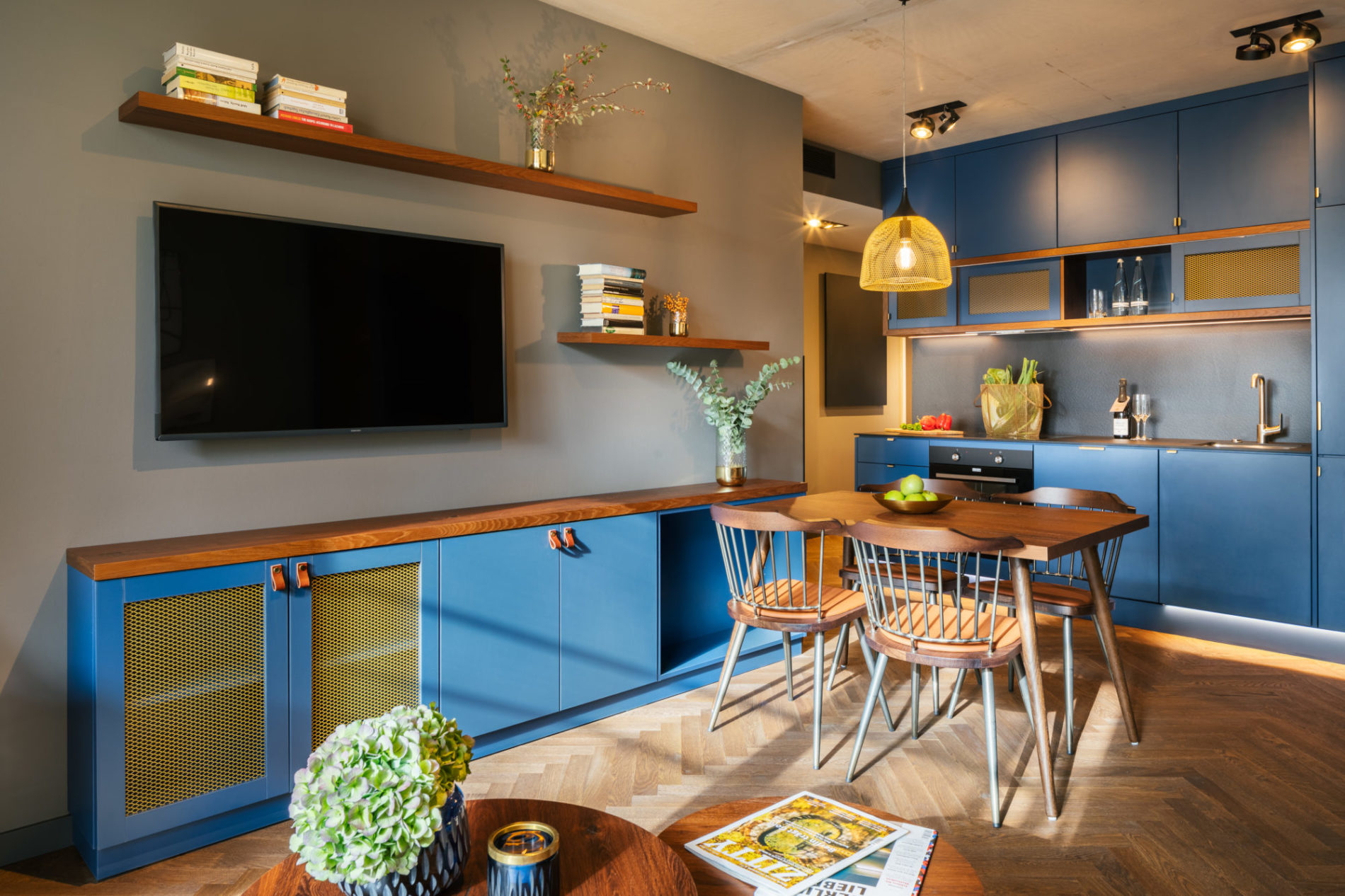 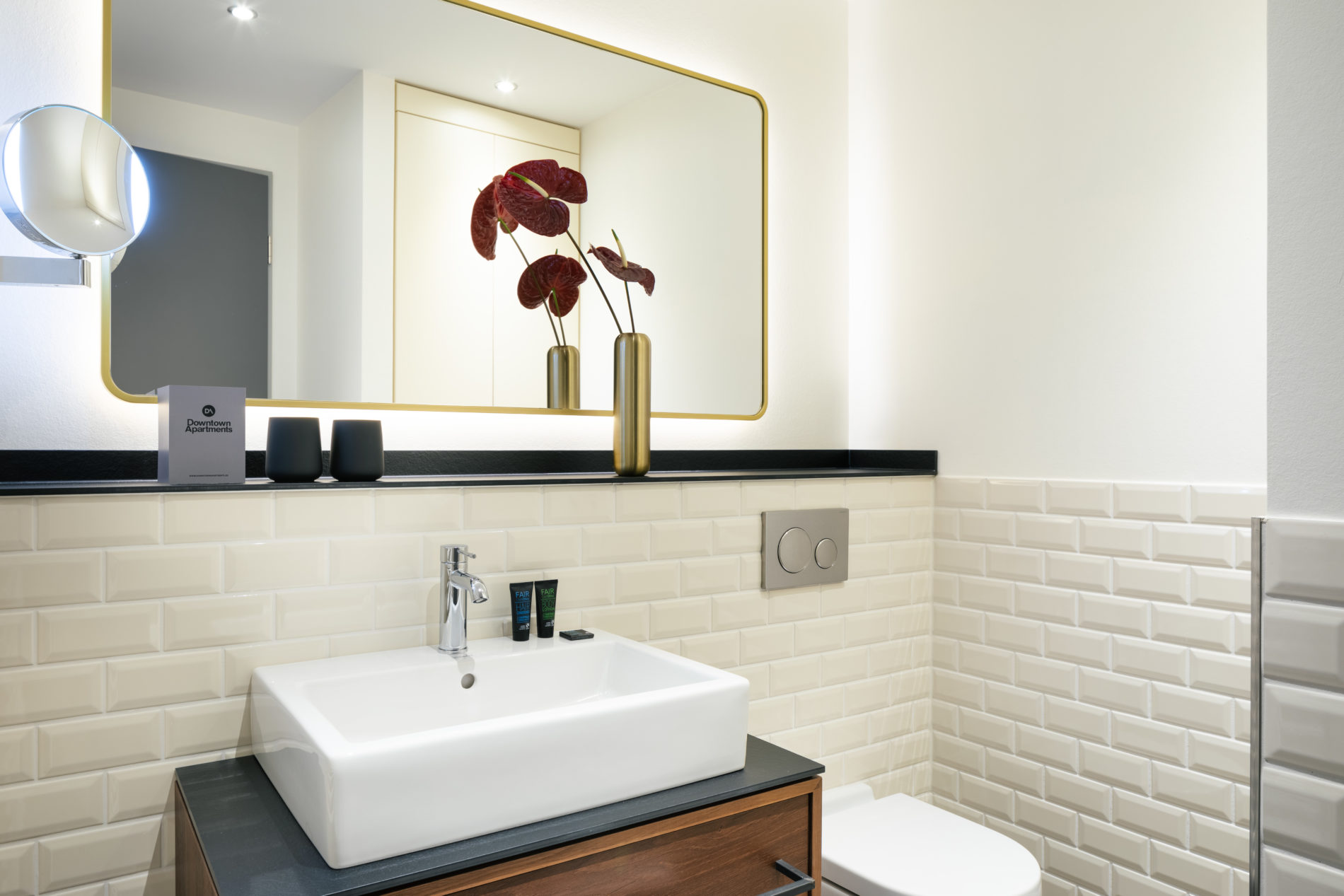 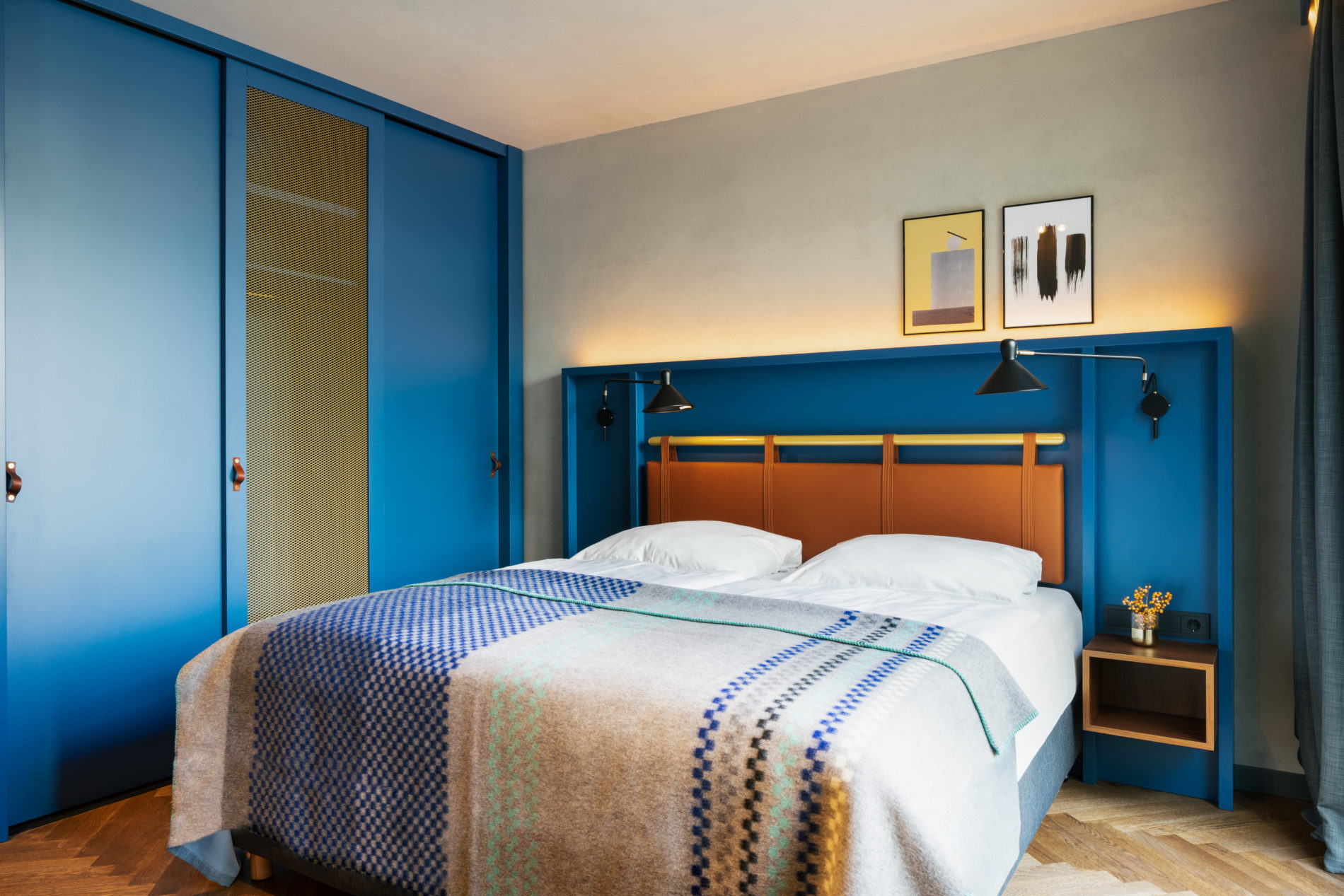 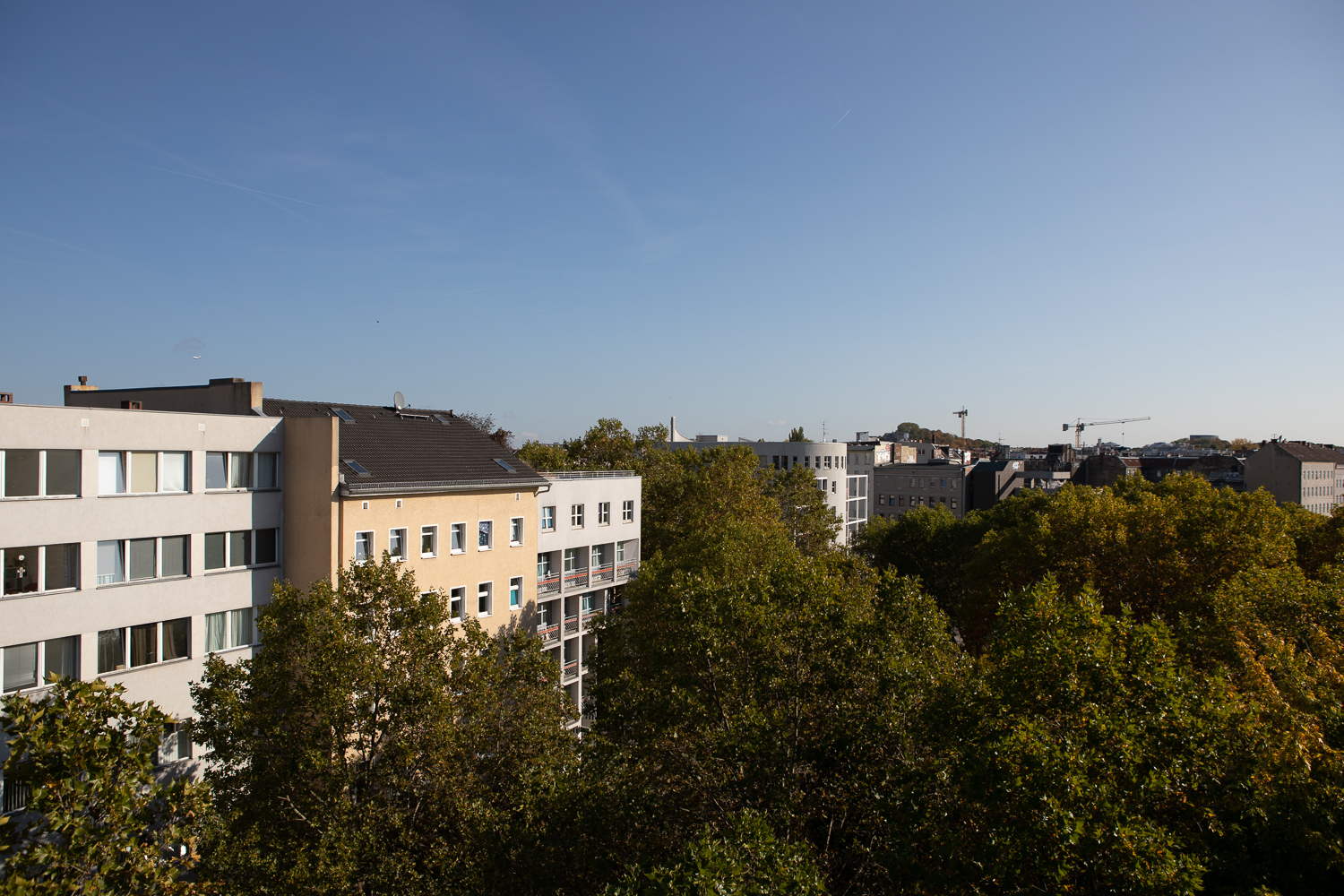 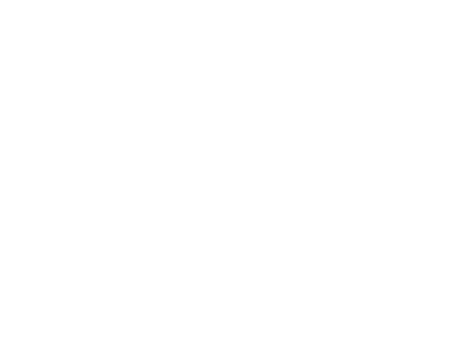 The new DOWNTOWN APARTMENTS have been designed in an urban style with the utmost attention to materials and quality. The distinctive, fresh colours are a homage to the diversity of the city and to those who revel in it. Exposed concrete, wooden parquet flooring, brass and leather details, colours inspired by Farrow & Ball fuse comfort with quality. Opening is planned for Spring 2021.

The DOWNTOWN APARTMENTS Mitte/Wedding offer a quiet retreat just moments from the buzz of the city, which is ideal for both short and longer stays. The building comprises 23 individual apartments, which are fully furnished, serviced and climate-controlled. They range from a 38 sqm studio apartment to generous two- and three-room apartments up to an 83 sqm penthouse with sensational roof terraces. Each apartment opens out onto a balcony, loggia or terrace with views into the inner courtyard or onto a lively promenade. There is also a shared laundry room for those planning a longer visit. 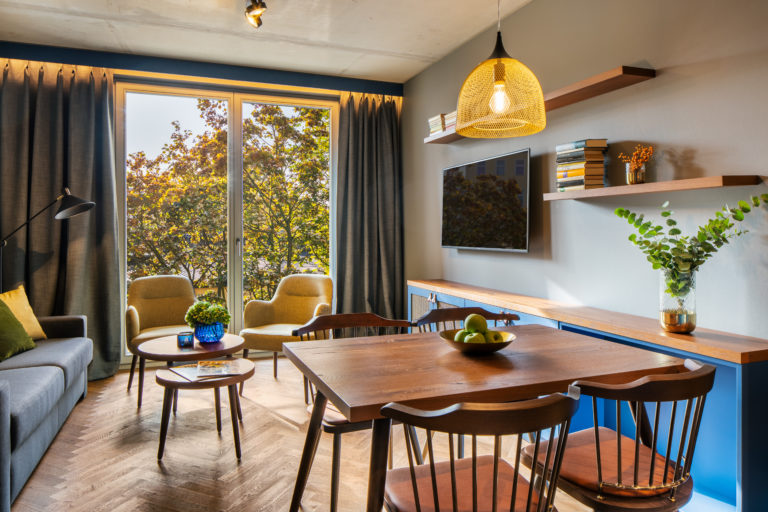 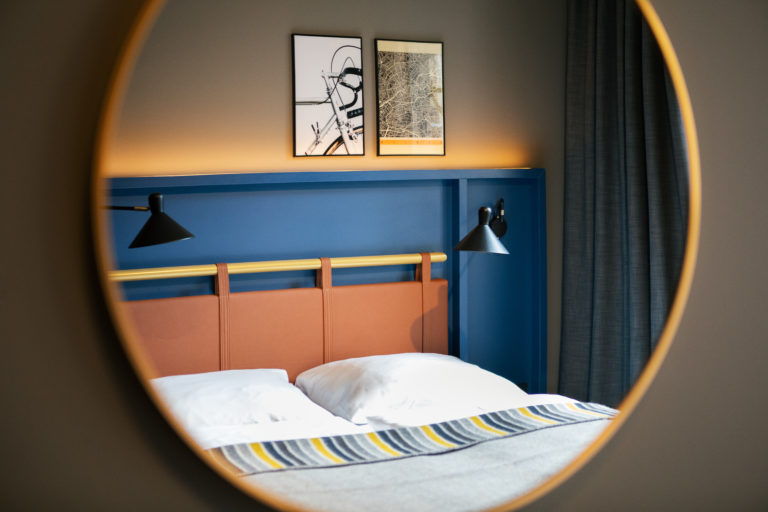 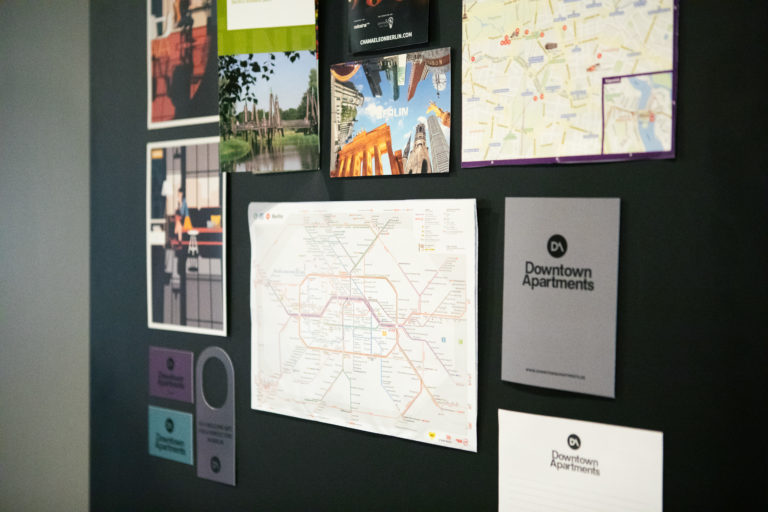 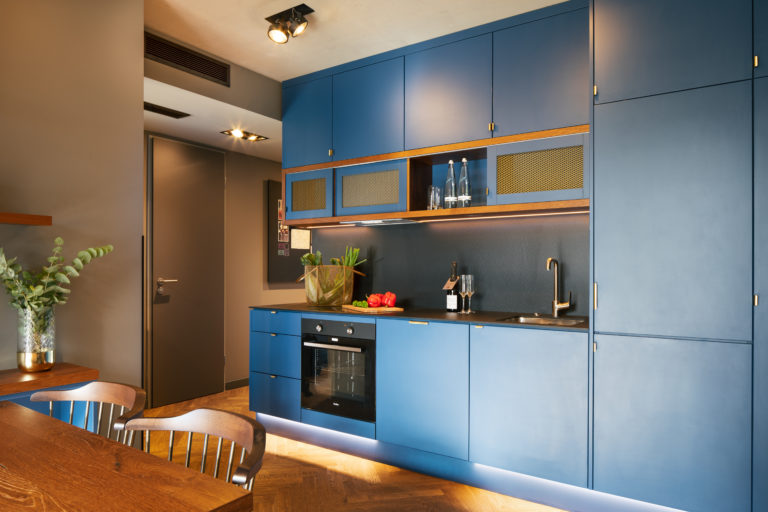 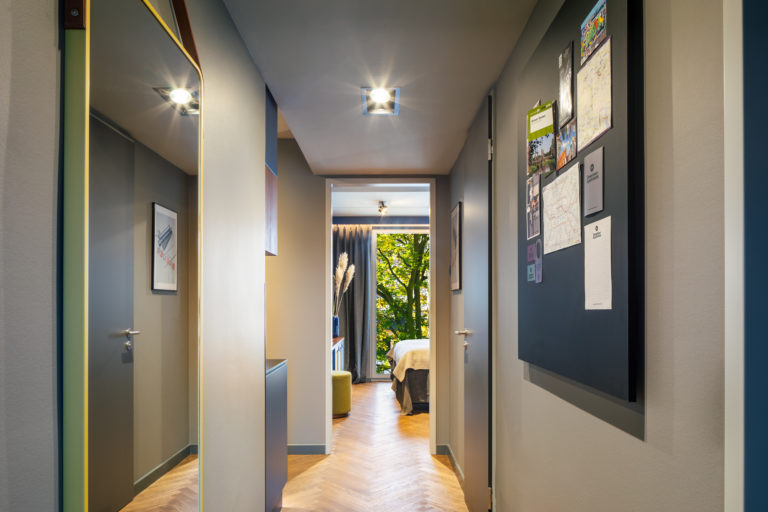 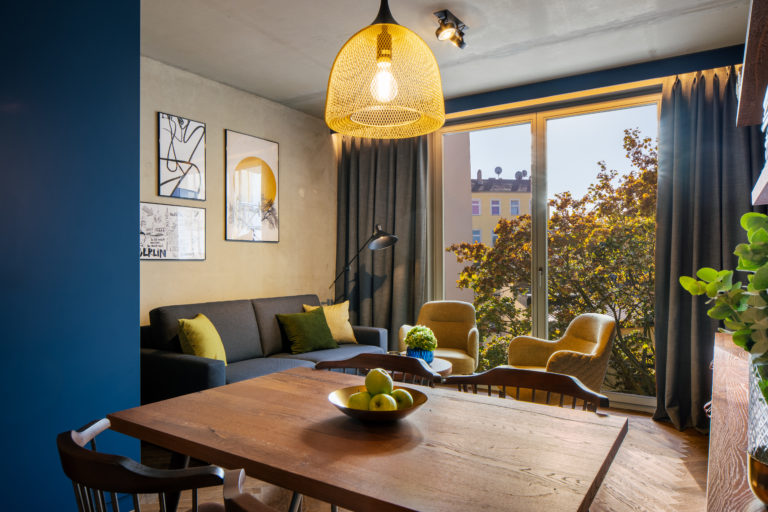 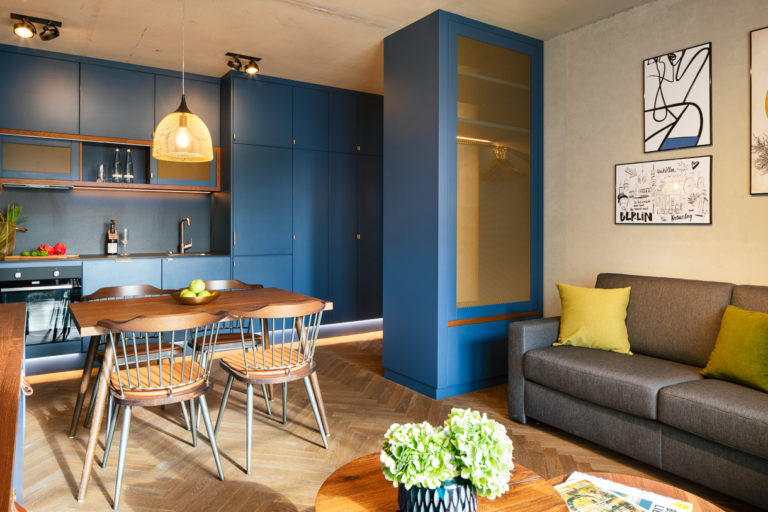 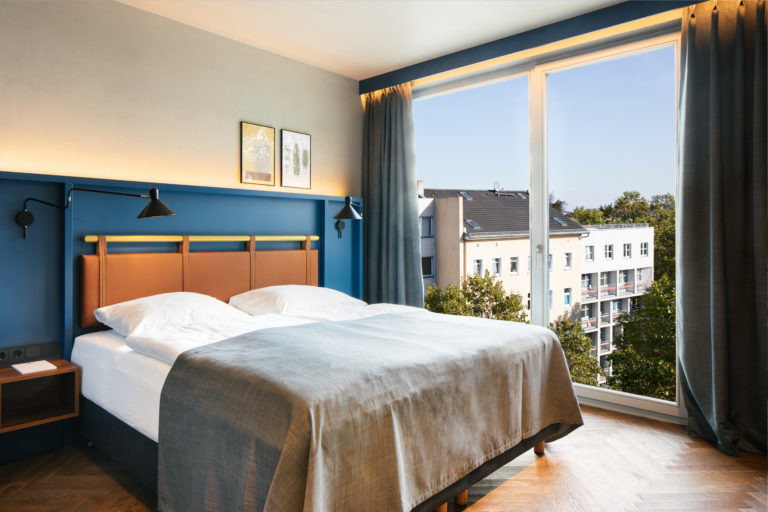 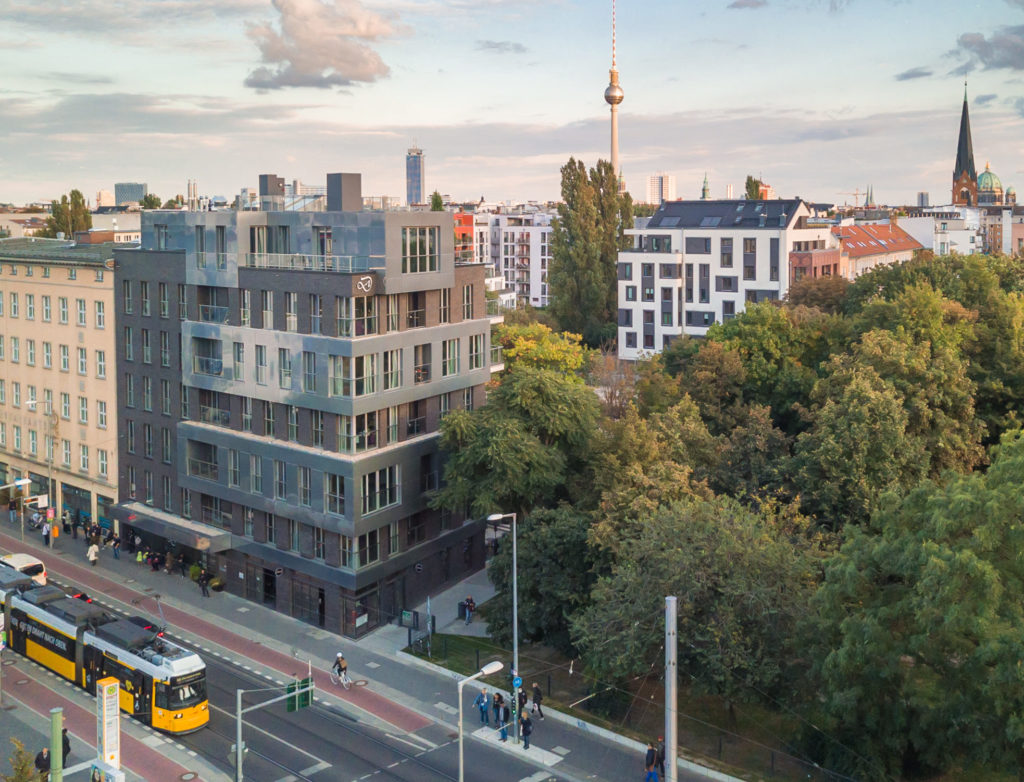 For every little comfort

So that you feel truly relaxed in your DOWNTOWN APARTMENT, the following services are provided free of charge:

Our concierge service is there for you every day from 8am to 4pm to help with any wishes or questions you might have.

Towels and bed linen will be changed weekly (during at least a four-night stay).

Our housekeeping service will clean your apartment once a week (during at least a four-night stay), which includes the kitchen. However long your stay, the final clean of your apartment is always complimentary.

A laundry room with washing machines and dryers for guests’ use located in the basement.

Our concierge service will try our best to fulfil all of your wishes. Please do not hesitate to get in touch with any concerns you might have about your stay, either by telephone or email, and we will address them as soon as possible.

For an additional change of towels and bed linen, we charge between €10 and €35 depending on the apartment category.

Our concierge service is happy to organise dry cleaning for you for an additional charge. Please make sure you allow enough time for this service.

Should you wish for an additional clean of your apartment, just let us know. We charge between €25 and €55 for the different apartment categories.

We currently do not offer a breakfast service. There are however numerous options nearby, and a delivery service is possible. Please contact the concierge for more details.

It is the combination of the peace and quiet and Wedding district’s renowned energy and charm that make our Gerichtstrasse location so special. You can easily explore the lively neighbourhood: a cultural melting-pot of bars and cafes and street food. Experience the area’s true dynamism at Ernst, one of Berlin’s hidden gems. It’s an intimate 12-seat restaurant offering the freshest, most local and seasonal menu around. Just further down the road is Silent Green, an unconventional events space housed in an old crematorium. Head to Basalt Bar for some atmosphere and cocktails. And using the overground and underground services, you can reach the historic centre in no time, so that you can get to know another of Berlin’s personalities during your stay at the DOWNTOWN APARTMENTS.

By the way: Timeout Magazine finds Berlin Wedding to be one of the coolest neighbourhoods in the world – and of course currently the coolest in Berlin. 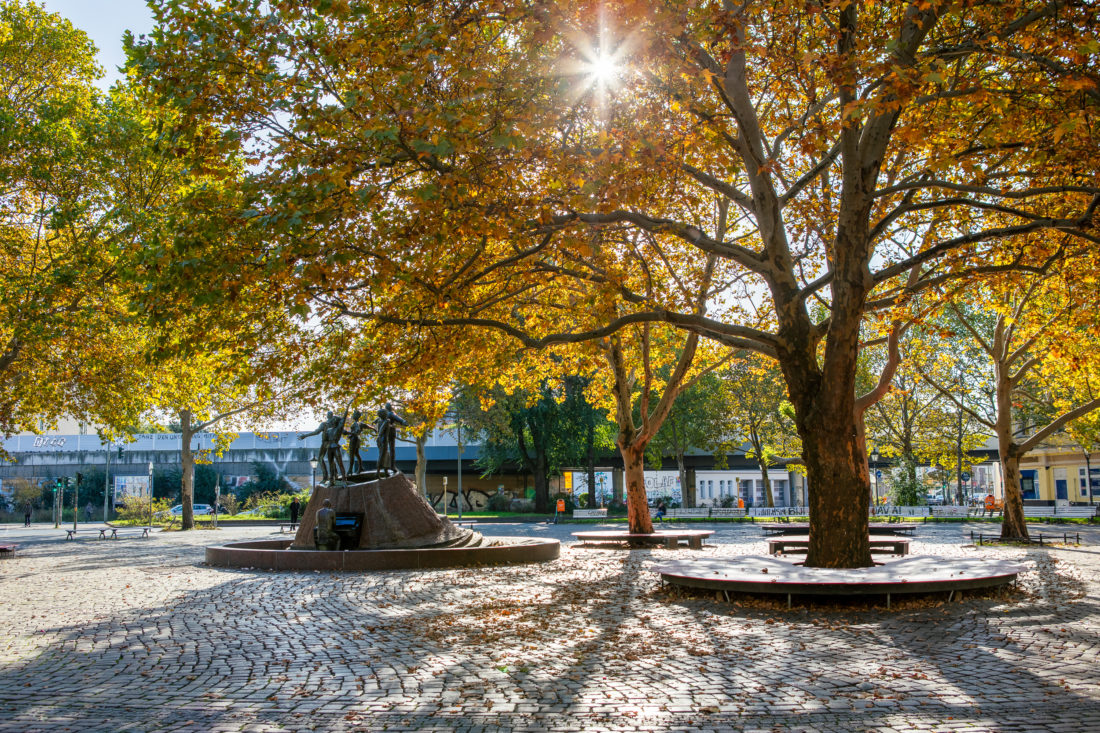 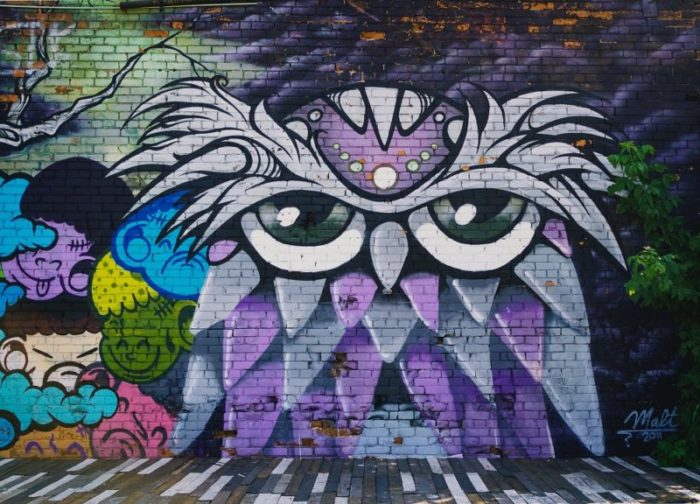 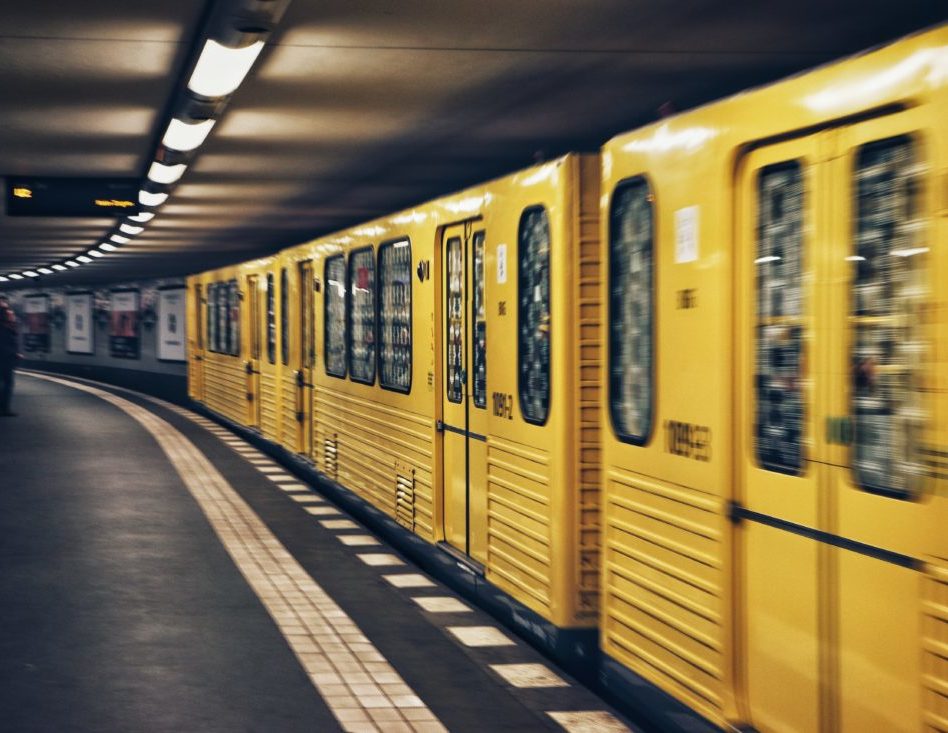 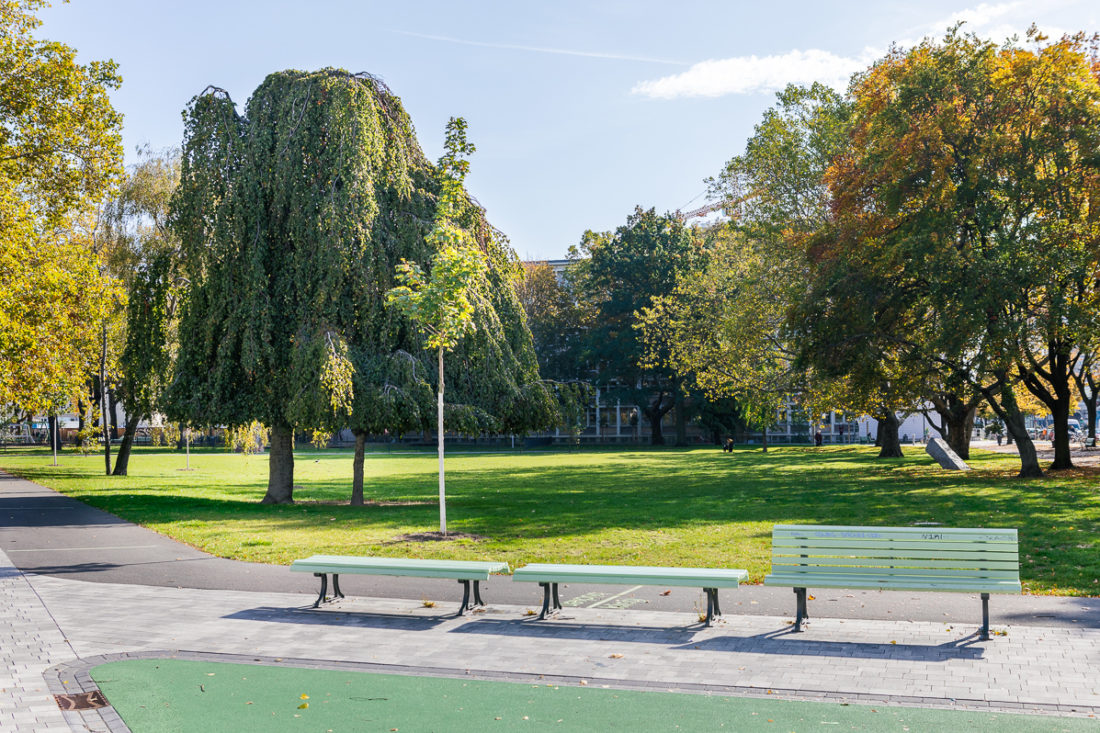 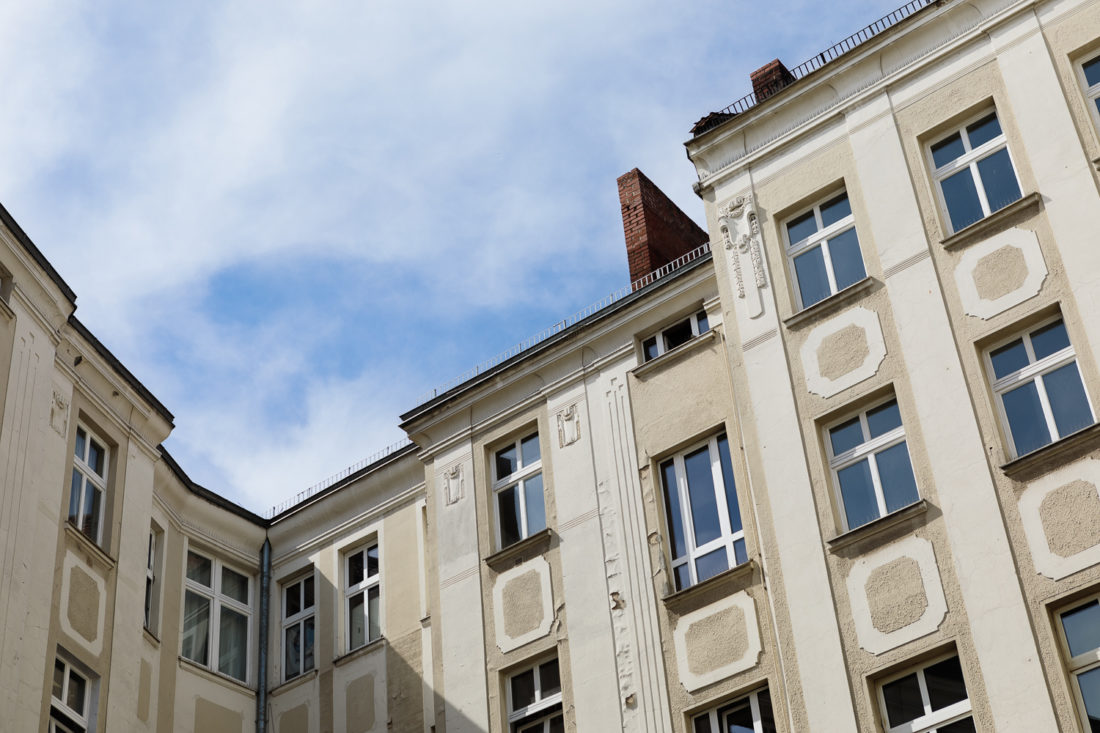 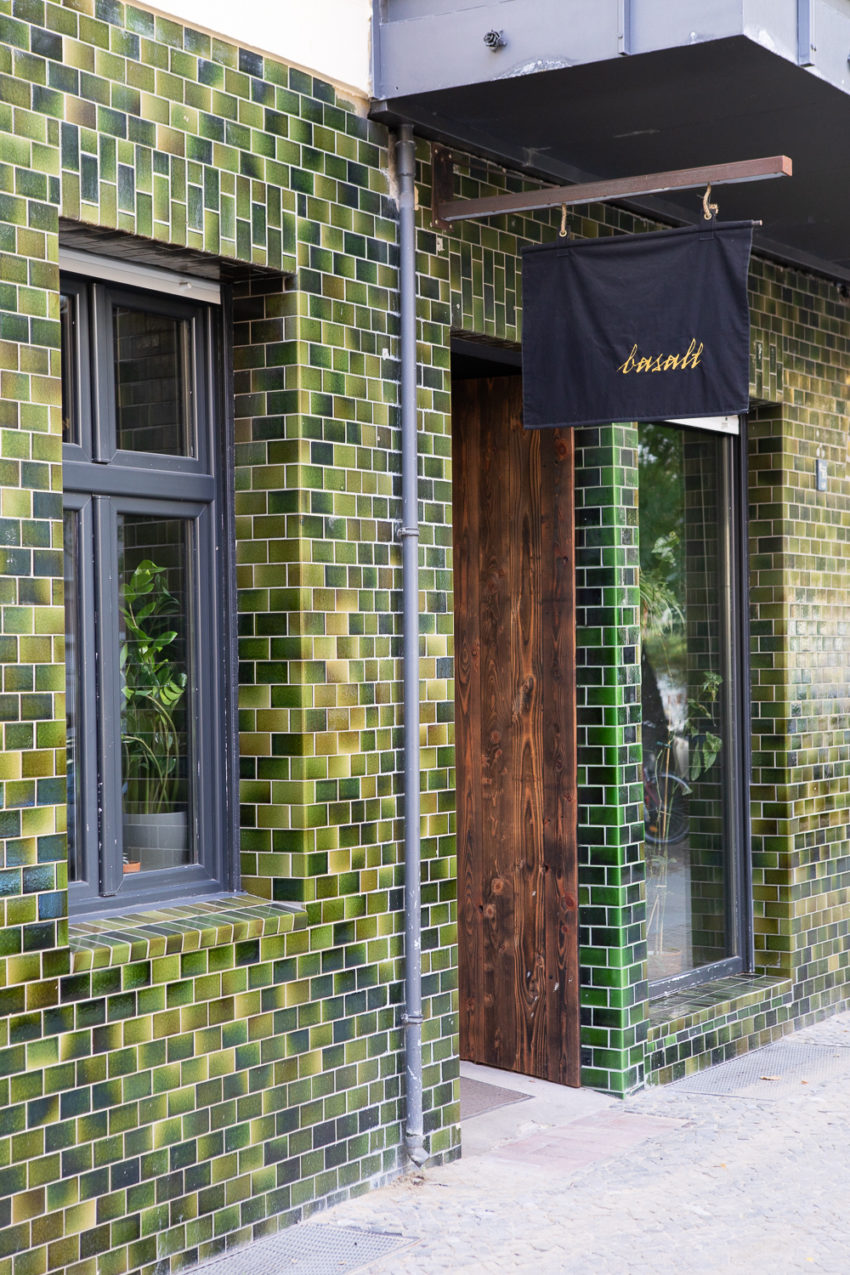 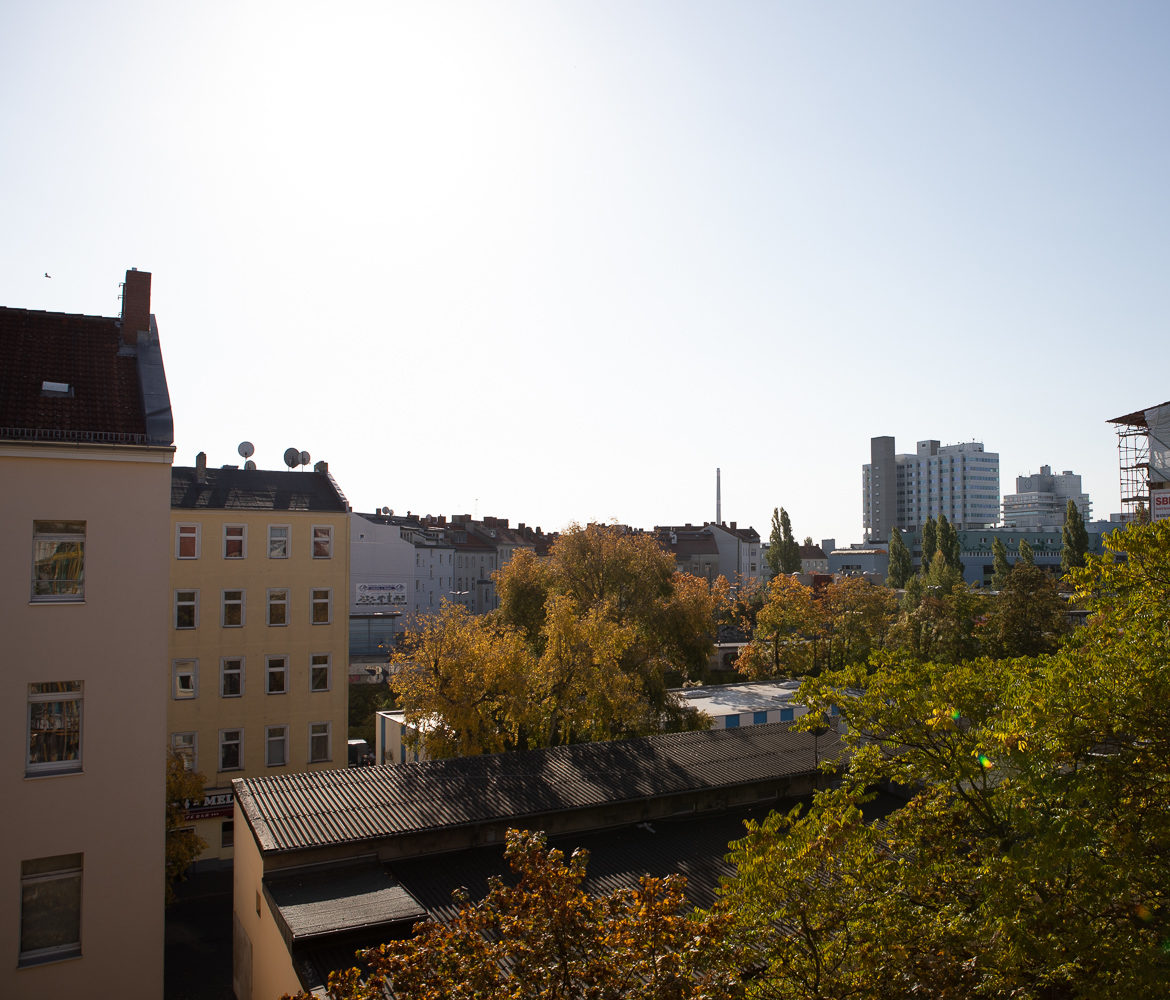 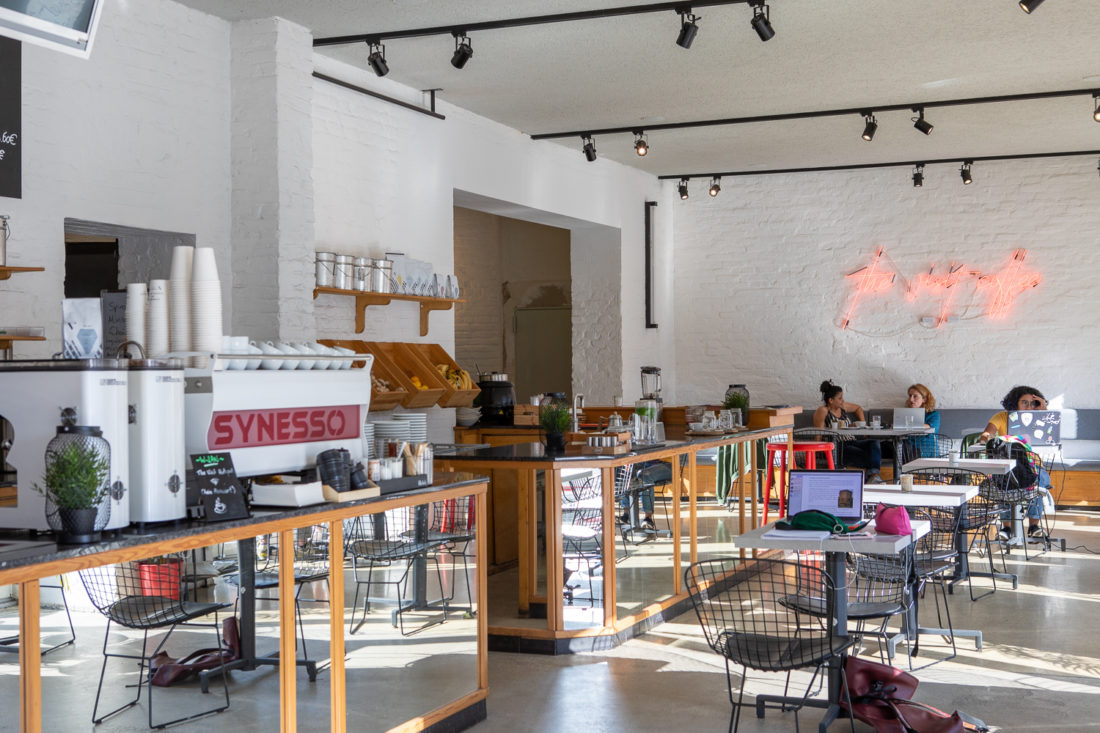 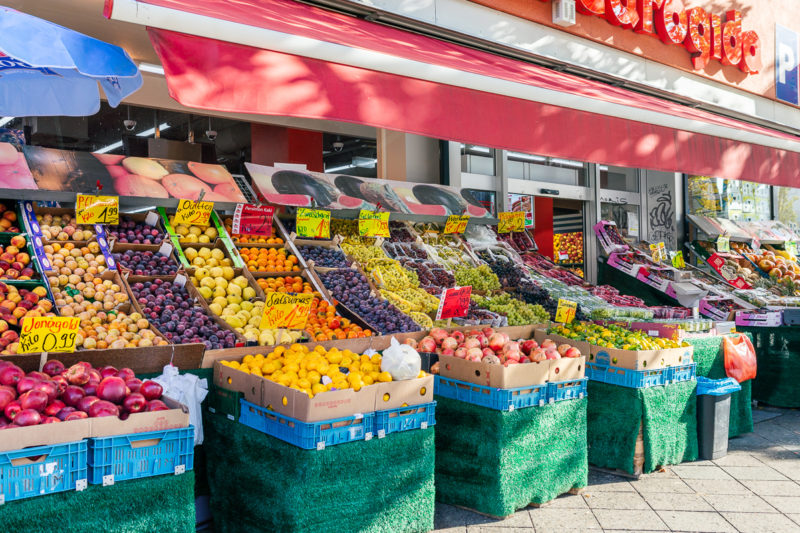 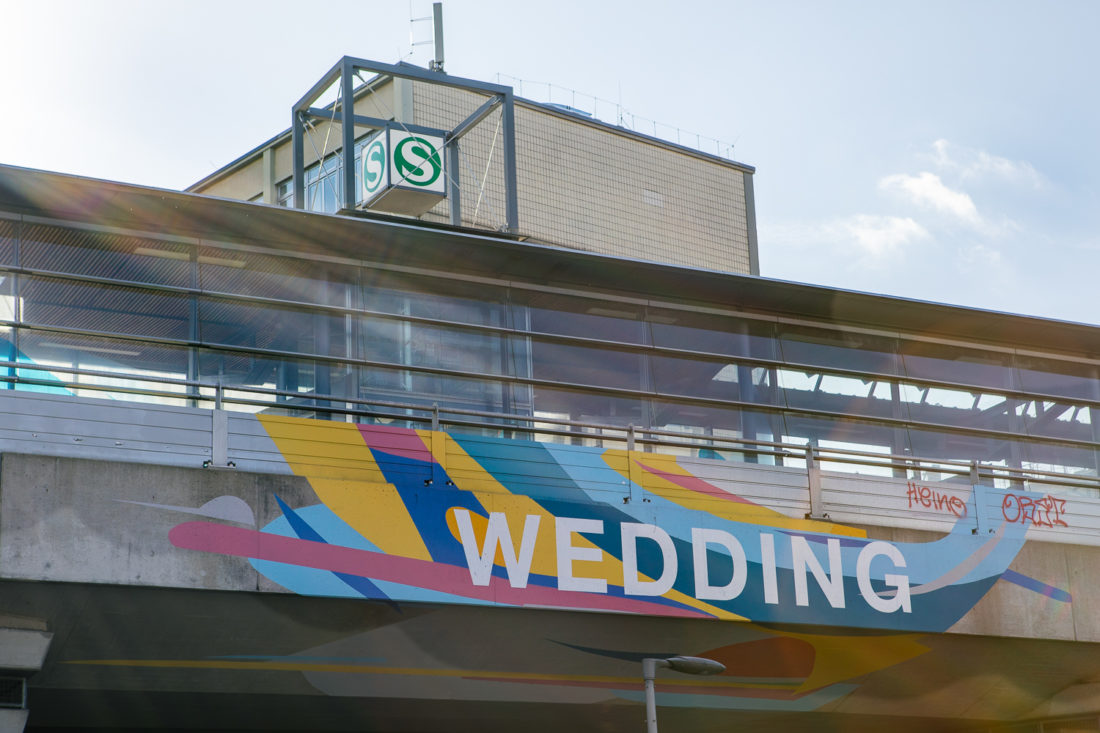 Many ways – one destination

Berlin currently has two airports. The central Tegel Airport is only 20 minutes north of the DOWNTOWN APARTMETNTS Mitte/Wedding. You can take the U6 underground line and then the 128 Bus to get to the airport quickly and comfortably. South of the city is Schönefeld Airport. Taking the U6 and the S9 lines, you will be there in around 45 minutes.

Just around the corner from the DOWNTOWN APARTMENTS Mitte/Wedding you will find the bus stop for the 120 service, as well as the N6 and N20 night buses. With the latter you can get directly to Oranienburger Straße to explore the nightlife, or onto Kreuzberg for the true Berliner nightclub experience.

About 11 minutes’ drive to the north-west you will reach the Berlin city autobahn A100, which will take you to the Berlin ring road in the north (A114) in around 16 minutes.

Berlin’s main railway station is just a few minutes away on the 120 bus. The other major railway stations Gesundbrunnen, Alexanderplatz, Friedrichstrasse and Ostbahnhof are less than half an hour away.